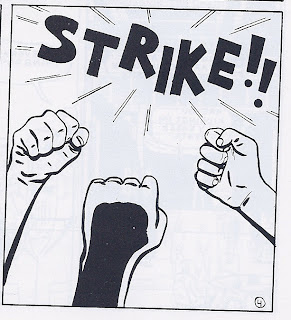 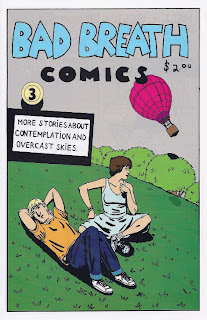 Some of these comics reminded me of Raymond Pettibon not just in style but in tone as well. Minimalist Black and white deeply contrasted drawings juxtaposed with ambiguous-yet-provocative dialogue. If that sounds appealing to you (it does to me), then get this immediately. The stories go from strange to political to strange again. I really liked this.

Posted by Randy Spaghetti at 9:10 PM

Congratulations to the Sea Shepherd Conservation Society on their efforts to stop whaling on the Southern Ocean for the past seven years. Totally badass.

Visit their site, learn about all the other terrible stuff happening in the oceans around the world, and support their efforts to stop it.

Total Fest http://wantagetotalfest.blogspot.com/ was in Missoula this weekend marking it's tenth anniversary as a music festival. I only got to attend Friday, but got my total fix. Incredible as always. Here's a short video I put together from the event.

Some other bands that played over the three days were:
Hammerhead, Japanther, Goddammitboyhowdy, Thrones, Pine Hill Haints, White Shit, Vaz, Pygmy Shrews, The Trashies, The Blind Shake, Helms Alee, and on and on. Thumbs up to everyone involved.
Posted by Randy Spaghetti at 1:05 PM

Here's a quick interview Jenna Freedman did with me for her article on zinesters coming out of retirement for the Library Journal Online. http://lowereastsidelibrarian.info/zinesterinterview/randyspaghetti

Posted by Randy Spaghetti at 1:00 PM

Edible Secrets: a food tour of classified US history 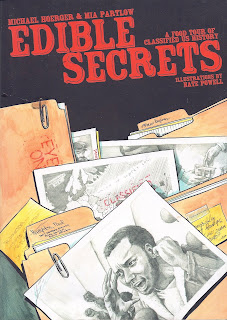 All governments are corrupt on a certain level. The larger the government, the more the corruption. That’s an inescapable fact of life. It is inherent to human nature that whenever a group of us gain a certain amount of influence and power, the group will often do very bad things to maintain it, Group being the defining factor. This is true whether it’s a hippie commune in Oregon or the former Soviet Union. And depending on your perspective, this isn’t necessarily a bad thing. I’ve grown up in the US and have benefited greatly because of some of the very ruthless behaviors of my government at the federal level, the state level, and even at the city council level. So have you. That’s not to say that I’m okay with all of the nasty stuff that governments do behind the scenes to maintain power, but it is true. It then becomes important for us, as citizens and beneficiaries of this stuff to become aware of and educated about these behaviors. If nobody is telling them to stop, they won’t. As we are gearing up for a presidential election, we get to hear all kinds of fun campaign speeches and rhetoric from people who would like to take the helm for a while. Funny how they never talk about their policies on maintaining support for sadistic third-world dictators and murderous union-busting corporate thugs in Columbia and other places. They do, however, talk a lot about job creation, which often needs those shadowy figures in the background to work effectively. Cheap resources aren’t cheap for everyone.

What we have here is a book about corruption, espionage, and the maintenance of power as it pertains to food. The authors have been wading through piles (on-line files?) of de-classified government documents and have found some strange stuff indeed (poisoned chocolate milkshakes for Fidel…). It is a fascinating look into the world of threat suppression, and how it has sometimes related to various foods, or food-producing corporations. The book has a great layout with copies of the actual documents, pictures, fun facts, great illustrations by Nate Powell, and even “Defenders of Capitalism Finger Puppets” for the kids. Wow.

Posted by Randy Spaghetti at 11:30 AM

Bring on the Dancing Horses 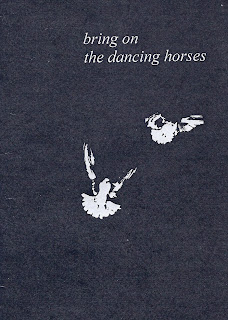 Bring on the Dancing Horses
$2
POB 1282
Fullerton, CA
92836
shootingstars@gmail.com
Honestly, when I first got this zine in the mail and read the title I was a bit turned off. It sounded either super pretentious, or painfully earnest and I was ready to hate it (I had never heard the Echo & the Bunnymen song). I started to read and it seemed as though my skepticism was justified, “The day’s first light. Atmosphere in shades of liquid….” . “Oh shit, here we go” I thought. But then something strange happened, I kept reading, and I began to feel like a dick for pre-judging it, and for being so goddamn jaded in the first place. Although BODH is guilty of being earnest, it is far from painful, and after I got into the zine and gave it a chance, I really really enjoyed it. My favorite genres of fanzines are travel, personal, and punk. This is all three. The story meanders from Portland to New York and various places in between. Most of the tale revolves around a squat in NYC called the Bowery Manor. Not only is this a beautifully written account of love, DIY squatting, and travel in the modern world, but it explores a host of political issues and personal convictions in a way that I really responded to. It made me think a lot about my own life, and some of the convictions that I have let go of over the years. I love it when a zine gets me out of the comfort zone and thinking about old ideas with new insight. I highly recommend this zine.
Posted by Randy Spaghetti at 11:52 AM 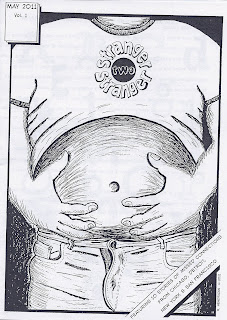 I love the simplicity of the concept for this zine: find weird Craigslist personal adds and illustrate them. Brilliant. This is the kind of zine that could potentially stick around for a long time, and hopefully it will. Funny drawings connected to weird personal adds never gets old. Great zine.
Posted by Randy Spaghetti at 11:50 AM 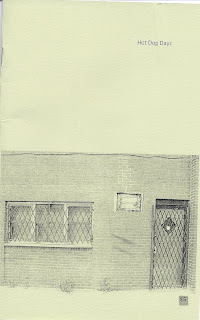 Hot Dog Dayz is a collage, photography, and art zine with a heavy emphasis on pictures of James Franco and bullet belts. It’s fun to look at. If you are into this type of zine, you would probably dig it. It’s a non-profit zine and the proceeds are donated to various charitable causes (it doesn’t state specifically which ones).
Posted by Randy Spaghetti at 11:47 AM