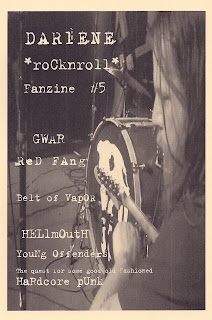 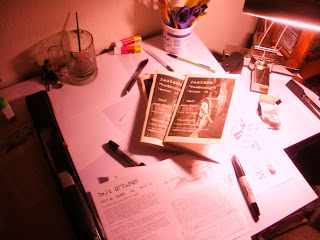 Posted by Randy Spaghetti at 4:20 PM 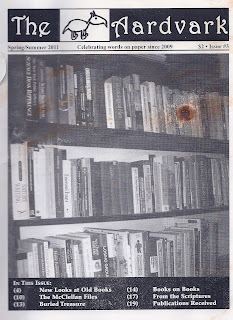 The Aardvark maintains itself as a tribute to, and advocate for the written word, as long as those written words exists on actual paper. It is as staunchly pro-analog as it is anti-digital. This zine is almost entirely composed of reviews of books and zines, which might sound kind of boring to some people, but for me is pure gold; if it wasn’t for review zines I wouldn’t have been introduced to half the music, art, and literature that I have over the years, and so I feel indebted to those wonderful people who have taken the time to highlight all that great and weird stuff over the years. The reviews in the Aardvark are far from typical and are instead packed full of critical analysis and philosophical meandering that really bring the works covered to life. My favorite part is entitled, “New Looks at Old Books” wherein he reviews old books that he has found over the years and gives them some modern attention. The books covered are centered on living a simple life in the relatively modern world (if looked at from the standpoint of a evolutionary biologist, 1954 isn’t that long ago right?). This is a great zine that truly honors the sacred art of screen-free reading.

ps: sorry about the picture of the cover, sadly it fell victim to an unfortunate water accident in my bathroom.
Posted by Randy Spaghetti at 9:17 PM

music zines are back says Hypebot.com

cool link,
and thanks for the props.
Posted by Randy Spaghetti at 9:06 AM